Around a third of all the energy that is produced in the Netherlands comes from Eemshaven. With an installed capacity of 8,000 MW Eemshaven is known as an energy port. Major energy producers have invested billions of Euros in new power stations; an oil terminal was built; Google is expanding its immense data centre; and Eemshaven houses the largest onshore wind farm in the Netherlands. The port also plays a prominent role in the development of wind farms at sea during their construction and the subsequent maintenance of the wind turbines.

One of the leading offshore wind ports

Eemshaven lives and breathes offshore wind and has become one of the leading ports in the offshore wind industry around the North Sea. Recently transport and installation work of 165 monopiles and 165 transition pieces have started for the world’s largest offshore wind farm: Hornsea Two (UK). Next to that a consortium of Equinor, Gasunie, Groningen Seaports, RWE and Shell Nederland launched the NortH2 project: the production of green hydrogen using renewable electricity generated by major wind farms in the North Sea, gradually be upscaled to a capacity of more than 10 gigawatts. Eemshaven has a prominent role in this project and its position as offshore wind port is further strengthened by the arrival of the Offshore Wind Innovation Centre (OWIC).

Since 2009 Eemshaven plays an important role regarding assembly and shipping activities of wind turbines, which results in an impressive track record of wind farms launched from Eemshaven: successively Alpha Ventus, Bard Offshore I, Borkum Riffgat, Borkum Riffgrund I, Trianel Windpark Borkum, Global Tech I, Gemini, Gode Wind I & II, Veja Mate, Race Bank (UK), Nordsee One, Borkum Riffgrund II, Merkur Offshore, Hohe See, Albatros and Trianel Windpark Borkum II. Currently Hornsea Two is launched from Eemshaven. In the near future many offshore wind projects are planned in which Eemshaven could fit as base or service port.

Our experience in USA

Groningen Seaports advises American companies and authorities in port layout and supports in arranging and developing an offshore wind proposition. 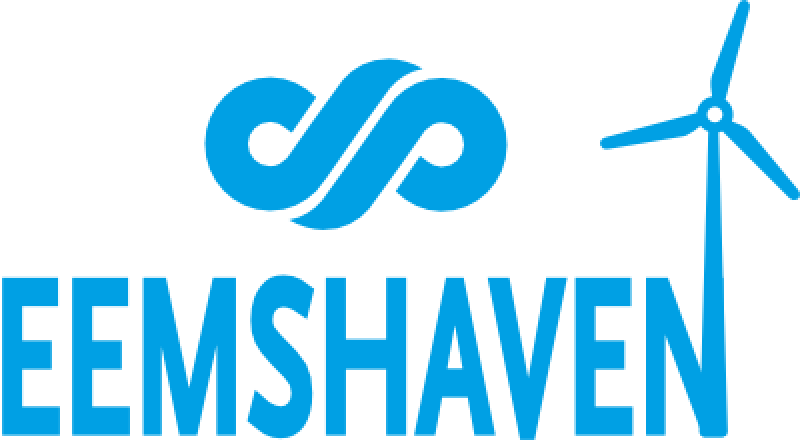