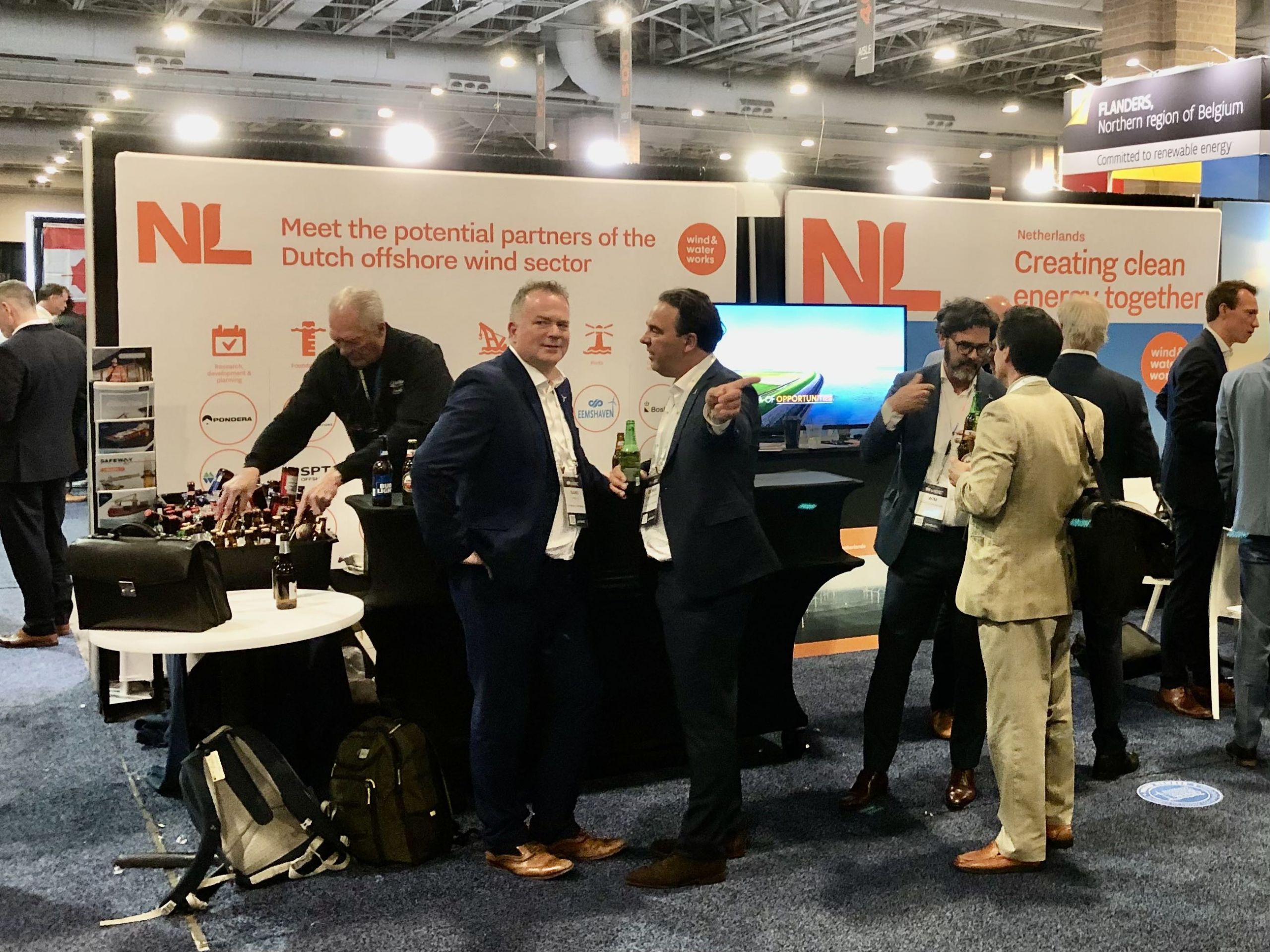 The fair and the IPF conference were well attended. The Dutch participation was organized by HHWE, the Dutch consulate in New York and RVO/ICEP.

In addition to all the regular sessions, a high level EU-US energy council meeting was also on the agenda. Meetings with the States of Virginia and New Jersey were also organized for the Dutch delegation.

For more information about offshore wind in the US, please contact Kees Mokveld.